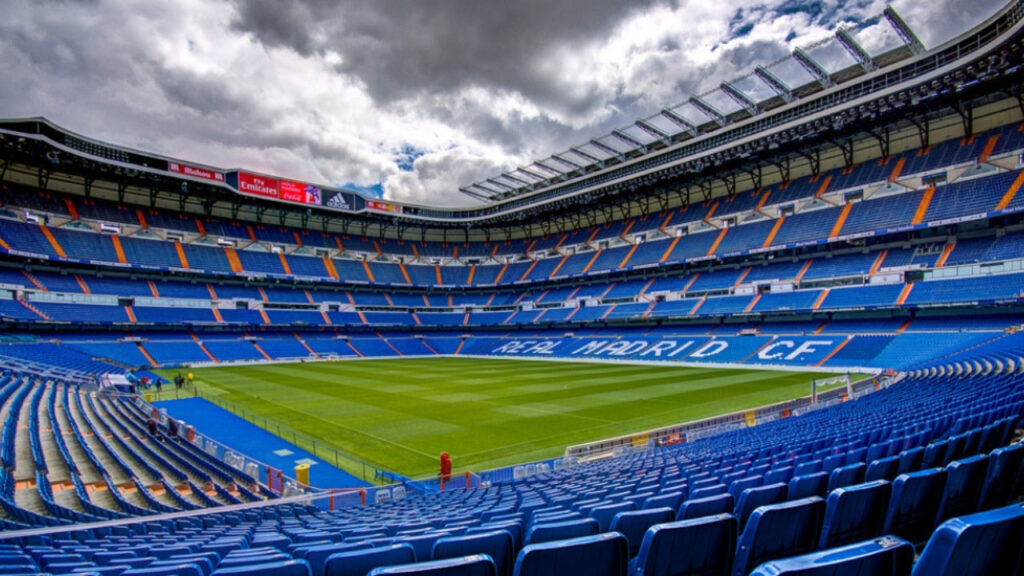 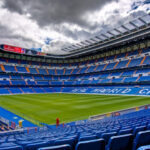 Come get to know one of the most famous staidum in the world: Santiago Bernabeu Stadium

Football is the most popular sport in Spain. Here we also have the best football clubs in the world: FC Barcelona, FC Real Madrid, FC Atletico Madrid…

In this week’s post of The Touring Pandas, we are going to bring you to the amazing Santiago Bernabeu Stadium, which belongs to one of the greatest clubs in Europe, FC Real Madrid! The club opens its doors 363 days a year for people to explore its historic stadium, an absolute must on your trip to Spain.

Whether you are a fan of Real Madrid or not, visiting this stadium will be the most unforgettable experience ever in your life! Our guide will also help you spend a better time in this glorious temple of football! What are you waiting for? Let’s go!

History of the stadium

Santiago Bernabeu stadium is home to the most successful and sought after team in the world, and arguably the greatest football club to have ever played the sport, FC Real Madrid. This stadium is one of the most prestigious and well-known stadiums in the footballing and sporting world, and it has witnessed some of the greatest moments in modern football.

In the early parts of the 20th century, Real Madrid first played at Campo De O’Donnell and the larger Campo de Chamartín. In 1945, a new stadium got built at the same site of Campo de Chamartín. Construction began in 1945, and on the 14th of December 1947 it was officially opened with the name Nuevo Estadio Chamartin. But eight years later, it was named after the legendary Madrid manager, who presided over the club from 1943 to 1978.

At that time, Santiago Bernabéu stadium consisted of two uncovered tiers that could hold just over 75,000 spectators. Capacity was further increased in 1954, when one of the long sides got expanded with a third tier. After several decades with couple times of renovation and extension, Santiago Bernabéu stadium got further refurbished an upgraded in the early 21st century.

Nowadays, with many accesible commercial and corporate facilities and a seating capacity of over 90000, the Santiago Bernabeu is the 14th largest football stadium in the world and 4th largest in Europe. The stadium also has 245 VIP boxes.

Why take a stadium tour?

Real Madrid is one of the most successful clubs in the world in terms of the number of trophies and competitions won. They are the only club to win the Champions League 3-years in a row, a feat that will surely stand for centuries. Many of the world’s greatest football players including Zidane, Ronaldo, Beckham, Kaká, Cristiano (the list goes on and on) have had the pleasure of calling the Santiago Bernabeu stadium their “home”. For a football fan, and particularly a Real Madrid fan, going for a tour of the Santiago Bernabeu is like going on a tour of the Vatican, for a devout christian.

The experience is not just for football fans! It welcomes over 1 million enthusiastic fans every year. The stadium tour is a highly-immersive experience which takes you to the most intimate areas of the ground and gives you access to places which are otherwise only permitted to players and staff. You get a chance to marvel at the ever-growing trophy room and prize cabinet of the best club in the history of the game.

Important infomation of the tour

Santiago Bernabéu Stadium is located in central Madrid on the Paseo de la Castellana. It is best reached by metro line 10. Stop Santiago Bernabeu lies right next to the stadium. This is the easiest and most convenient way of reaching the stadium from every corner of the city.

The stadium is opened every Mondays to Saturdays from 10:00 am to 7:00 pm, and Sundays and public holidays from 10:30 am to 6:30 am (closed on December 25th and January 1st). On match days the tour is open until 5 hours before kickoff (note, there will be no access to dressing rooms on match days).

Tour tickets(not the game tickets) can be purchased at the official website or at site. No reservations are required. Entrance costs €25.00 with further premium options available; €18 for children under 14 and children aged 0 to 4 get in free. The entire stadium tour takes approximately 1.5 hours to complete, however you are welcome to stay for as long as you like.

What to expect in the stadium tour?

The tour is self-guided, during which you follow a route through the stadium. You get a behind the scenes look at Real Madrid and a chance to relive and experience more than a century’s worth of the club’s past, present and future. The tour starts off outstandingly with a panoramic view of the Bernabeu from the highest point of the stadium. Almost touching the sky, this is the absolute best spot to get a view of the entire arena.

Next, head to the club rooms, where you will be taken on an interactive, audiovisual journey of the history of the great club. These include: the trophy room, the pitch, the presidential box, the dressing rooms, press room, tunnels, benches and coach area and merchandise store.

Eat, drink, and sleep near the Bernabeu

The area around the stadium is a mix of mostly offices, shops, and residential buildings, but there are enough bars and coffee shops mixed in to find something to eat or drink. The number of bars and restaurants increase while you walk south in the direction of Madrid’s centre. Most nightlife is located in the northern parts of the centre.

There are a fair few hotels near the Bernabeu. The Holiday Inn Madrid, AC Hotel Aitana, and Rafaelhoteles Orense are closest, get good reviews, but are far from cheap. Only slightly further away are Espahotel Plaza Basílica, Hotel Gran Atlanta, Hostal Falfes, Hostal Los Ángeles, and Sunotel Amaral. They get good reviews, are all close to several metro stations, tend to be reasonably priced between €50.00 and €100.00 per night, and no further than 20 minutes walking from the Bernabeu.

We hope our post can help you plan your visit to the Stadium Santiago Bernabeu better! If you liked this post, recommend it to your friends and learn more Barcelona tips in our Panda Blog! Remember you can also take our tours to discover the best attractions in Barcelona from a local perspective. Use our Panda coupon in your language to get a 10% discount!

Spain on a fork: Tortillas and Croquetas November 9, 2020