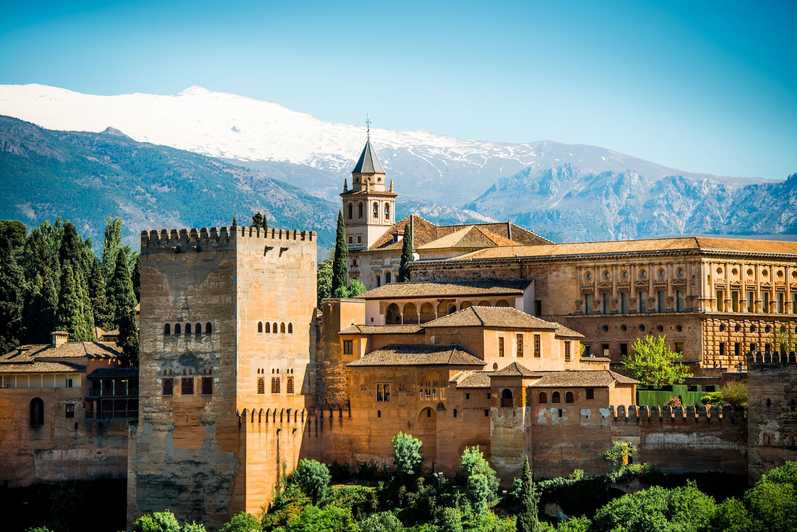 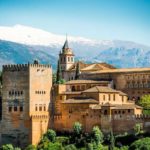 Top attractions in Spain: 10 spots to keep you dreaming about your trip to Spain

Did you know that Spain is the third country in the world with a higher number of UNESCO World Heritage Sites? With such an impressive heritage, it may be difficult to decide where to go and what places you should visit during your trip. In this week’s post, The Touring Pandas have made a compilation of the 10 top attractions in Spain. We hope this list will help you make up your mind when writing down the list of places you can’t miss… Keep reading to discover our favourite spots!

Our list of top attractions in Spain, from 10 to 1!

Salvador Dalí decided to make a very special gift to his hometown, Figueres. His museum, designed by the artist himself, is the largest piece of surrealist art in the world. Its characteristic red facade (topped with eggs) and crystal dome make the building a unique sight. Inside the museum, which used to be the municipal theatre, you can find a labyrinth of surrealist creations of all kinds. Even Dalí is buried here and you can visit his tomb! Figueres is a very small town with around 50,000 thousand habitants, but the museum receives more than 1.3 million people every year.

The next unmissable spot in our list goes to the northern city of Bilbao, where you can visit the extraordinary Guggenheim Museum. The building designed by Frank Gehry is a unique piece of architecture that hosts Bilbao’s modern art museum. Apart from the collection of avantgarde items you’ll find inside, also the allentours are full of fun. At the door of the museum you can meet Pupy, the museum’s pet. It’s a giant dog dressed with seasonal flowers to greet the 1.4 million visitors that go to the museum every year.

The Alcázar of Seville is an impressive palace that brings together different architectural styles ranging from islamic art, to gothic and renaissance. Today, it’s the official residence of the Spanish monarchy when its members visit Seville. This makes it the oldest functioning royal residence in Europe. In 1987 the Alcazar was listed in the UNESCO World Heritage Site catalogue alongside the Cathedral of Seville and the Archive of Indias, also two items not to miss in Seville. The Alcázar of Seville receives over 1.5 million visitors yearly.

The stadium of FC Barcelona is also one of the most visited places in Spain, as you can imagine! In the FC Barcelona Museum, you can learn about the history of one of the football clubs with more followers around the globe. With more than 99,000 seats, this is the largest stadium in Europe, and the fifth in the world. Recently the stadium opened the Messi area, where you can see the trophies won by the best player of all times. Over 1.8 million Barça fans visit the Camp Nou every year to see Spain’s football mecca.

Islamic and Christian religions blend in this unique building that attracts 2.1 million visitors every year. The gem of Córdoba is used as a catholic temple today, but it’s the third largest mosque in the world, falling behind the Great Mosque in Mecca and the Blue Mosque in Istambul. This is one of the greatest pieces of heritage left from Spain’s islamic period, which was known as Al-Andalus. It’s also listed as UNESCO World Heritage Site. Córdoba is a small town halfway between Madrid and Seville: make sure to include it in your itinerary to discover one of Spain’s most impressive highlights!

The 5th position in our ranking of top attractions in Spain goes to the Reina Sofía Museum, in Madrid. This amazing temple of avantgarde art is the modern brother of the Prado Museum. Once Madrid’s general hospital, the building hosts today Picasso’s most famous work: Gernika. If you like modern art, don’t miss the chance to admire the very best of the Spanish 20th century art, including Dalís and Mirós too. Almost 3 million visitors walk through the corridors of Reina Sofía Museum every year, making it the 5th most visited place in Spain.

Gaudí’s beautiful mind blessed Barcelona with one of the most unique places in the world: Park Güell. Out of a fairy tale, this park makes every visit a dream. It was designed to be the central square of a residential area for Barcelona’s wealthy class. However, at that time the place was far from the centre and the project was abandoned. Luckily the Nature square, with its mosaic banks, and the House of the Guard, were already built and over 3.1 million people can take the coolest selfies of their trip here!

With over 3.2 million yearly visitors, the Prado is the most visited museum in the country. This is the place where the greatest masterpieces of Spanish art are kept, but there are also works by the great masters of European Art. The most visited painting at the Prado Museum is Las Meninas, by Velázquez. The interior of the museum is a real labyrinth, so it’s very advisable to book our Prado Museum & Art Walk tour in order to get some tips and orientation from our guides!

When you behold the Alhambra, with the snowy peaks of the Sierra Nevada as a background, you may think you’re dreaming. But you’re not: it’s only Granada, one of the most beautiful places in Spain. With 3.5 million visitors, this must-see fortress ranks second among our top attractions in Spain. La Alhambra is the most important piece of heritage left from Al-Andalus. The Nasrid Palaces represent one of the most important examples of islamic art not only in Spain, but in the world. Make sure to spare a full day to discover every corner of this magical architectural ensamble: there is a lot to see! And don’t worry about getting tired: Granada’s tapas are waiting for you downhill!

There is no discussion around it: with 4.5 million visitors a year, the Sagrada Família deserves the first position in our list of top attractions in Spain. Gaudí’s unfinished dream will be the highest temple in the world when it’s finished in 2026. The Sagrada Família has impressive views from outside, but the interior is just mouth-dropping. The tree-like coulmns and the beautiful light bursting into colors through the stained glass windows make it one of the most unique sights you’ll incounter in your trip to Spain. The story of this temple and the secrets hiding in the century-old facade make it a wise decision to book a guided tour. Get to know all about it with our Sagrada Familia Walking Tour!

This is our list of top attractions in Spain. Do you agree with our recommendations? Have you been to any of them? Or are you planning to visit Spain in the future? Leave us a comment and share your favourite spots from Spain or from your own country!

If you liked our post about top attracions in Spain, recommend it to your friends and learn more tips in our Panda Blog! Remember you can also take our tours to discover the best attractions in Madrid and Barcelona from a local perspective. Use our Panda coupon in your language to get a 10% discount!

Our Tours in Madrid and Barcelona:

Day Trips from Barcelona: Excursions Near the City June 1, 2020

Why Visit Barcelona: The City After the Pandemic May 25, 2020